360 mirrors are not for pussies!

It’s officially summer.  The pool is up.  Yay me!  The patch over the bullet hole was re-patched.  Yay me! The rafts are floating.  Yay me!  I bought another bathing suit today.  Yay for chicks who are 29 and who look hot in bikinis.  Let me just pause for a moment, and make myself feel awesome by saying that I’m pretty hot with clothes on, ya hurd me?  I can fool most people most of the time into truly believing that I am indeed one hot mama.  However, the level of hotness falls quickly off the chart when I am nearly naked, standing under bright lights, in a dressing room, with mirrors surrounding me.  That’s when you just say out loud, “What the fucking fuck is this?”  I always wanted a 360 mirror, because I used to watch Stacey and Clinton a lot, and I think it’s good to know what you really look like from all angles.  But I don’t really want to stand naked in one very often.  Every flaw is visible.  There should be mandatory soft lighting in dressing rooms that sell bathing suits.  Victoria’s Secret, if you have noticed, has some kind of special mirrors and lighting that make you think you are just a couple notches under a supermodel.  Other stores do not have this gentle lighting.  These Victoria’s Secret people, they are smart. That’s why they sell shit-tons of lingerie.


Fun flirting today with a cute guy at a wine store.  I am nothing if not a flirt.  Cute guy had an Adonis body and incredible green eyes, but also a white tan line on his ring finger, like he just took it off a few days ago, or maybe worse it was still in his pocket?  I was having fun until I saw that…then I bolted.  The newly divorced are a scary lot.  Call me when you no longer remember your old address.  My girlfriends have already fussed at me since everyone my age will be divorced.  Duh.  I’m just not dealing with divorced five minutes ago, or in this case, ‘thinking about getting divorced so I’ll just slip this ring in my pocket.”  I should have just called out “I’m not as hot as you think!” as I hustled little darling out the door.


I had ‘THE talk’ with big darling last night, accidentally.  He was watching “That 70’s Show” and I could hear them talking about sex repeatedly.   Putting great emphasis on the word.  Apparently the skinny guy on the show was trying to cover up the fact that he’d just had sex with the cute red head.  I had no choice but to walk in there and ask if he knew what sex was.  He giggled shyly, and responded that he did know what sex was, it was kissing.  So I sat down and told him that it wasn’t just kissing, it was more than kissing.  I told him that when a man puts his penis inside of a woman’s vagina, that is sex.  He sat straight up and said, “Mommy, why are saying that to me. Oh My God!!”   It was pretty cute.  Then he cries out, ‘why would anyone do that?!’  I almost blurted out, “Because it feels really awesome!” but I decided that wasn’t a good answer at all.  So I said, “You do that to make a baby.  That’s how a baby gets in the mommy’s belly.  So you must never do it until you’re ready to have a baby.”


So, Mother’s Day is Sunday.  Slight panic.  But it’s a ‘me’ day, not a ‘him’ day, so I think I’m ok.  More panic that our anniversary is June 2 or 3rd, and Dave is probably laughing at me right now because after all these years, I still don’t know which day it is.  All hell breaks loose between that day and July 5th.  It’s our anniversary, then father’s day, then his birthday, then D DAY.  Fuck.  It’s coming.  Just breathe.  That’s all I have to do.  Breathe.  Keep doing what I’m doing.  Keep focusing on other things.  Find distractions.  Pink elephants.  Christ, I should have spun it on that guy at the wine store.  My friends are right.  I am an idiot!! 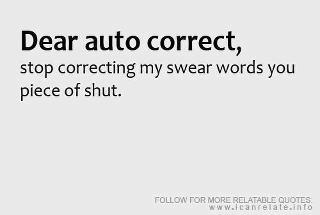