The Universe is Talking

I swear I feel like every time I turn on my computer, there is a suicide headline.  Worse, half of them seem to involve homicides, where the sociopath first takes down a family member, or a group of kindergarteners, for Christ’s sake, before ending his own life.


I’m reminded of the crazed look on my sister’s face that fateful day, when big darling and I came barreling down the street after learning that Dave had shot himself.  She was out of her mind, because until she saw me, she hadn’t known whether he had killed me too.


I often wonder if he did think about killing me.  Did it cross his mind?  Did he ponder killing all of us?  Or just himself?  How many times were we in the same room together, maybe even conversing, and he was consumed with thoughts of carrying out his plan?  Did he hug me for the last time and think, “This is the last time I will hug my wife?”  Why didn’t he tell the children goodbye?  He let big darling just walk out the door…didn’t even tell him 'bye.  He didn’t tell me goodbye either.  Because he was a fucking sociopath.  And let me tell you something….I’m a pretty smart mutha…but I DID NOT KNOW THIS.  This, my friends, is scary.  Normally, this would make me feel pretty stupid.  Except that too many of my friends have been involved in similar circumstances.  Dating someone, or even married to someone, all the while NOT KNOWING that this person had a whole ‘nother life going on.


Now, big daddies, don’t go all cray cray on me.  I fully understand that the majority of you are about as close to normal as we can master as a species.  But WHAT IN THE HELL is wrong with the remainder of you?  How does this go SO HORRIBLY WRONG?


I’ve arrived at the conclusion recently that the single most important thing in all the world is called STRESS ADAPTATION.  I just made that phrase up.  How do we respond to stress?  Because the truth is that stress isn’t ever going to go away.  It’s here to stay.  Some of us can let shit roll off our backs.  Some of us pick up guns and massacre kindergarteners.  WHY?  I NEED TO KNOW WHY!!  I need to know how my husband could have the balls to aim a .38 special at his chest and pull the trigger.  I need to know how that crazed Colorado killer could walk into that theater and kill innocent people.  I need to know why a handful of NFL players have killed themselves and their girlfriends recently.  I need to know why I have legions of readers who are in the same God forsaken predicament that I am in.  They’re widows.  SUICIDE WIDOWS.  Their children have no fathers.  WHY????


Theories abound.  The kids were not spanked.  Were not disciplined.  Were not loved.  They played video games.  They did drugs.  They didn’t pray.  They were narcissistic.  They were depressed.  Pick one…any one.  Because I’m not sure it even matters.  It could be one or none of any of those things….or….it could be….these people never leaned COPING SKILLS.


How do I do this?  I simply declare it.  I stay alert.  I am alert to the subtlest of a shift.  You can’t wait until you’re a psychopath.  All day every day we gently ebb and flow.  The audio tape plays in your head.  What does it say?


Remember how researchers used to suggest playing a tape with all the answers to your science test under your pillow at night.  Your subconscious would absorb it, they said.  True or not?  Who knows?  I was never interested in sleeping with a hard tape recorder under my head.


But there is a tape playing in your head every day.  It tells you that you are hungry or full.  Cold or hot.  Energized or fatigued.  Listen a little more closely and pay attention to what is being played repeatedly.  Do you have many anxious thoughts about one of your kids?  What is the thought?  Do you have many frustrating thoughts about your spouse?  What are the thoughts?  Why are you ignoring them?  You can’t let the tape play on for months and months without acknowledging it...this 'voice' which is YOUR EMOTIONS.  You can’t keep burying them.  The tape is playing for a reason.  Is yours screeching? Is the volume on 11?  Why are you ignoring it?


My tape recorder is set with the volume low.  Because I listen.  I’m paying attention.  My eyes are open.  My ears are open.  My heart is open.  The universe is talking to me every day.  I’m listening.  Are you? 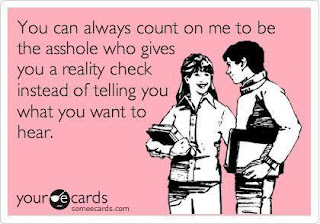